Fuck Anyone Who's Not a Sea Blob

Fuck Anyone Who's Not a Sea Blob

"Fuck Anyone Who's Not a Sea Blob" is the second special episode of Euphoria, and the tenth episode of the series overall. Prior to its release on January 24, 2021 on HBO, it was made available for streaming on January 22, 2021 on HBO Max.[1]

Over the Christmas holiday, Jules reflects on the year.

Jules is grounded and in a therapy session, which Dr. Mardy Nichols opens by questioning why Jules ran away, although Jules simply claimed to have been "reacting to shit" and is focused singularly on getting off hormones. Accepting this, Dr. Nichols asks whether de-transitioning has been well thought-out, but Jules' main response is that "I feel like I've framed my entire womanhood around men". Expounding upon this, Jules refers to constructing an entire identity around what men supposedly desire, prompting Dr. Nichols to question whether Jules' personality is truly that "reactive". Pondering it, Jules agrees that it is indeed reactive, that the "real" Jules is somewhere buried under a million pieces from other people that have formed an outer shell, a persona.

Dr. Nichols prompts further, and Jules laments that women, when meeting another woman, examine them, check their femininity against the ideal, and categorize them on a hierarchy of success upon which they treat the person accordingly. Jules mentions their examination of the body, hair, clothes (even where the clothes were purchased from), all the way down to staring subtly at the hands and fingers for any imperfection of nail polish or other such flaw, a process that Jules refers to as "terrifying". Dr. Nichols then points out that Rue doesn't do this, prompting Jules to not only agree but to describe Rue's ability to see the "real" Jules deep beneath it all, something Dr. Nichols describes as a "relief".

Thinking on this, Jules wonders if Rue's love isn't the kind that a mother should have, automatic, instant acceptance and love of the core individual just for existing. The conversation quickly shies away from Jules' mother though, returning to a desire to get off hormones; particularly, hormone blockers. The intent is quite bluntly to let Jules' testicles enlarge and voice drop, something Jules supposes that men would not appreciate. This leads to a tangent about the concept of puberty, something Jules feared as a "deepening," a vast "thickening" that would make femininity utterly unattainable, distant and unreachable. However, Jules describes a sudden appreciation for it with a comparison to the ocean, something incredibly powerful and yet feminine at once; "I want to be as beautiful as the ocean," because femininity and strength are both "what makes the ocean the ocean."

Jules wraps up the discussion of femininity and being trans by referring to it as a kind of spirituality, not religious. However, Jules notes that it may have come at the cost of Rue along the way, but justifies it, saying the last six months had been incredibly trying and included a close call with suicide to boot. After sobbing briefly, Jules goes even further, expressing bitter anger at the feeling that Rue's sobriety depended singularly on her "access" to Jules. This starts a flashback to Jules' own mother's similar abuses, overdoses, etc, and Jules' inability to discuss it with Rue, lest Rue take it as criticism by comparison. Dr. Nichols picks up on these disparate facts and asserts that the comparison actually is being made between Jules' mother and Rue, identifying that Jules has internally linked the two together, something Jules professes to have never thought of in that way before.

The conversation segues into the real world being a let-down compared to online, where Jules felt more free, open, and honest than anywhere else, touching on an online relationship that completely captured Jules' love even in spite of Rue's protestations. It involved late night conversations, risqué pictures, and a great deal of sexting which Jules considered a peerless sexual experience, primarily because half of it was left up to the imagination. This facet is something that Jules' attributes to an overdeveloped ability to fall in love easily, bringing the conversation back to Rue.

Jules described the first kiss with Rue, and freezing up in shock afterward at the idea that someone could love back as much as Jules loved them. Dr. Nichols picks up on this and questions why Jules would have a mindset that such a thing would be impossible, which prompts a flashback to Jules' younger self in a psych ward. The next few flashbacks and dreams involve Jules' very graphic sexting relationship with Tyler, even as Rue slips deeper into a drug addiction. The dream, then, involves Jules coming home to a New York apartment to find Rue locked in a bathroom, presumably overdosed.

As the flashbacks and non-linear progression continues, one day on a return home Jules' own mother, Amy, is there. David tries to defuse the situation when Jules angrily goes upstairs, but the ensuing argument and conflict prompts Amy to leave, and shortly after she overdoses once again, which Jules learns of. Later, things skip to David bringing Jules back home, until finally returning back to the therapy session, whereupon Dr. Nichols says that they're out of time. Dr. Nichols wishes Jules a Happy New Year, and things cut to Jules back at home, grounded. Rue herself comes to visit Jules, and although Jules apologizes to Rue, they both start crying and Rue quickly leaves, wishing Jules a Merry Christmas.

See also: Category:Images from Fuck Anyone Who's Not a Sea Blob 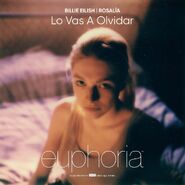 Lo Vas A Olvidar by Billie Eilish and Rosalía Poster 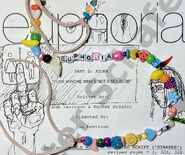 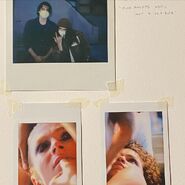 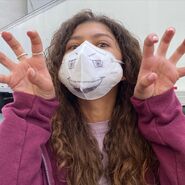 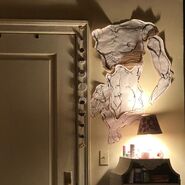 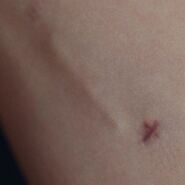 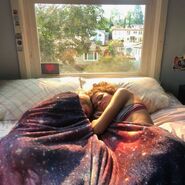 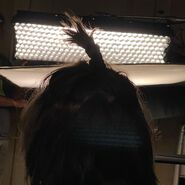 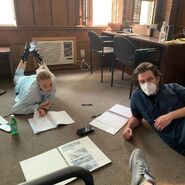 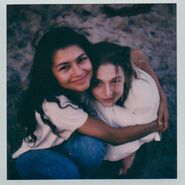 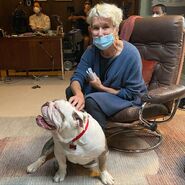 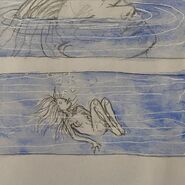 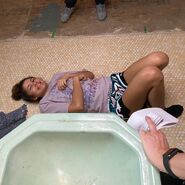 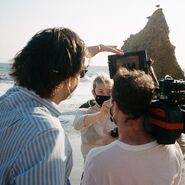 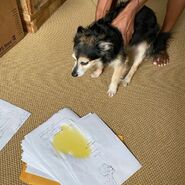 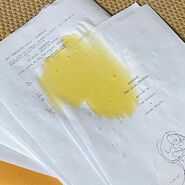 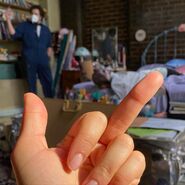 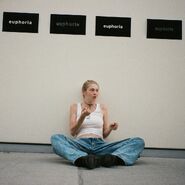 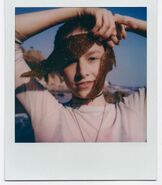 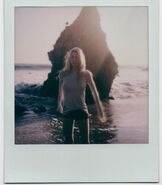 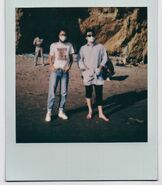 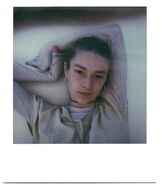 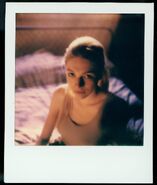