All My Life, My Heart Has Yearned for a Thing I Cannot Name

All My Life, My Heart Has Yearned for a Thing I Cannot Name

"All My Life, My Heart Has Yearned for a Thing I Cannot Name" is the eighth and final episode of the second season of Euphoria, and the eighteenth episode of the series overall. It was released on February 27, 2022 on HBO and HBO Max.[1]

As the show goes on, fragments of memories collide with the present and future.

The story starts with Fezco in his home, he is about to head out to Lexi's play, but then Custer tells him that Mouse's body has been found. Faye drops her glass and grabs Fezco's attention, telling him not to talk. Fez stops and stays there while she cleans up her mess, and asks Custer if he told her that Laurie killed Mouse and that he shouldn't be covering for them. While Ashtray is getting more and more suspicious, he carefully walks over to Custer while his back is turned and stabs him in the neck. When Fez realizes that the phone is recording he tells Ash to be quiet before suffocating Custer.

Lexi's play is halftime and going pretty well, until Cassie comes on the stage and gets mad because they show "embarrassing" scenes of everyone, because everyone knows the play is about real people. Cassie harasses Lexi and screams at her until Suze comes and attempts to bring Cassie back to her spot. Cassie refuses and has a shouting match with Maddy. After Cassie knocks Hallie off of the carousel horse, Maddy gets upset and runs toward the stage, with Kat and BB in toe. Maddy takes off her shoes while running up the stage stairs and when she catches up to Cassie, she slaps her. After Cassie runs off stage, Maddy chases her out of the auditorium, smashing her head against a brick wall.

Rue finally decided to meet Elliot again and apologize. They renewed their friendship. Lexi cries and hides because Cassie ruined her play, with Bobbi comforting her telling her that the audience liked it. While backstage, Lexi hears the chants of her name, which unbeknownst to her, Rue had started to support her best friend. After Fez hits him, he tries to convince Ashtray to hide and pretend that Fez killed Custer, so Fez goes to jail instead of Ashtray. Ashtray refuses and locks himself in the bathroom. When the police arrives, Ashtray shoots at the police. It is a shooting match, until Ashtray fakes dead, and shoots one of the SWAT member, the last SWAT member shoots Ashtray in the forehead, killing him.

Nate goes to his dad and sees him having intercourse with some other people. Nate exposes Cal and calls the police to inform him about everything he has done. Rue talks about memories of her dad at his funeral. Suze calls Lexi and Cassie, because they're father got into an accident. They cry because their father could have died, while Lexi remembers how Rue had been in the hospital too. Rue and Lexi then talk about how losing their fathers have affected them in different ways and how they'll always be there for each other. Once the play is finished, Jules shuffles through the audience to talk to Rue. Once there, she apologizes and tells Rue that she still loves her. After a while, Rue calmly kisses Jules on her forehead, symbolizing that she forgives her but she'd rather focus on herself so that she can stay clean for the rest of the school year.

See also: Category:Images from All My Life, My Heart Has Yearned for a Thing I Cannot Name 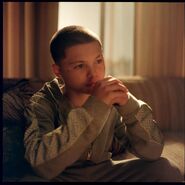 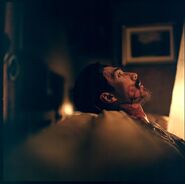 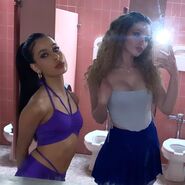 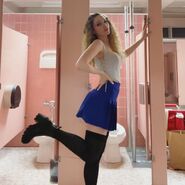 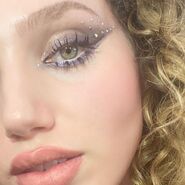 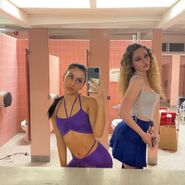 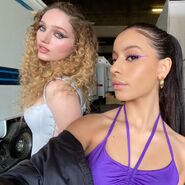 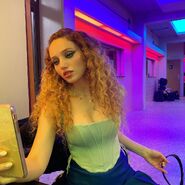